Back to the overview

Why stacker crane replacement could be the right choice

Stacker cranes for pallet storage and retrieval in rack systems were developed in Germany in the early-1960’s. Early versions were operated via on-board control cabins where an operator controlled the crane much like a forklift, but with taller reach heights and increased product density. By the mid-1970’s, automated stacker crane systems were being deployed around the world, produced by a wide range of equipment manufacturers. These systems enabled storage at heights exceeding 100ft.

This article discusses the challenges of maintaining and upgrading automated warehouses that were designed, manufactured, and installed over the last 40 years. There are many automated storage and retrieval systems that have been in continual use for 20 to 30 years or more and are ready for an upgrade. New equipment that extends the serviceable life of these assets that are deeply integrated into company operations. 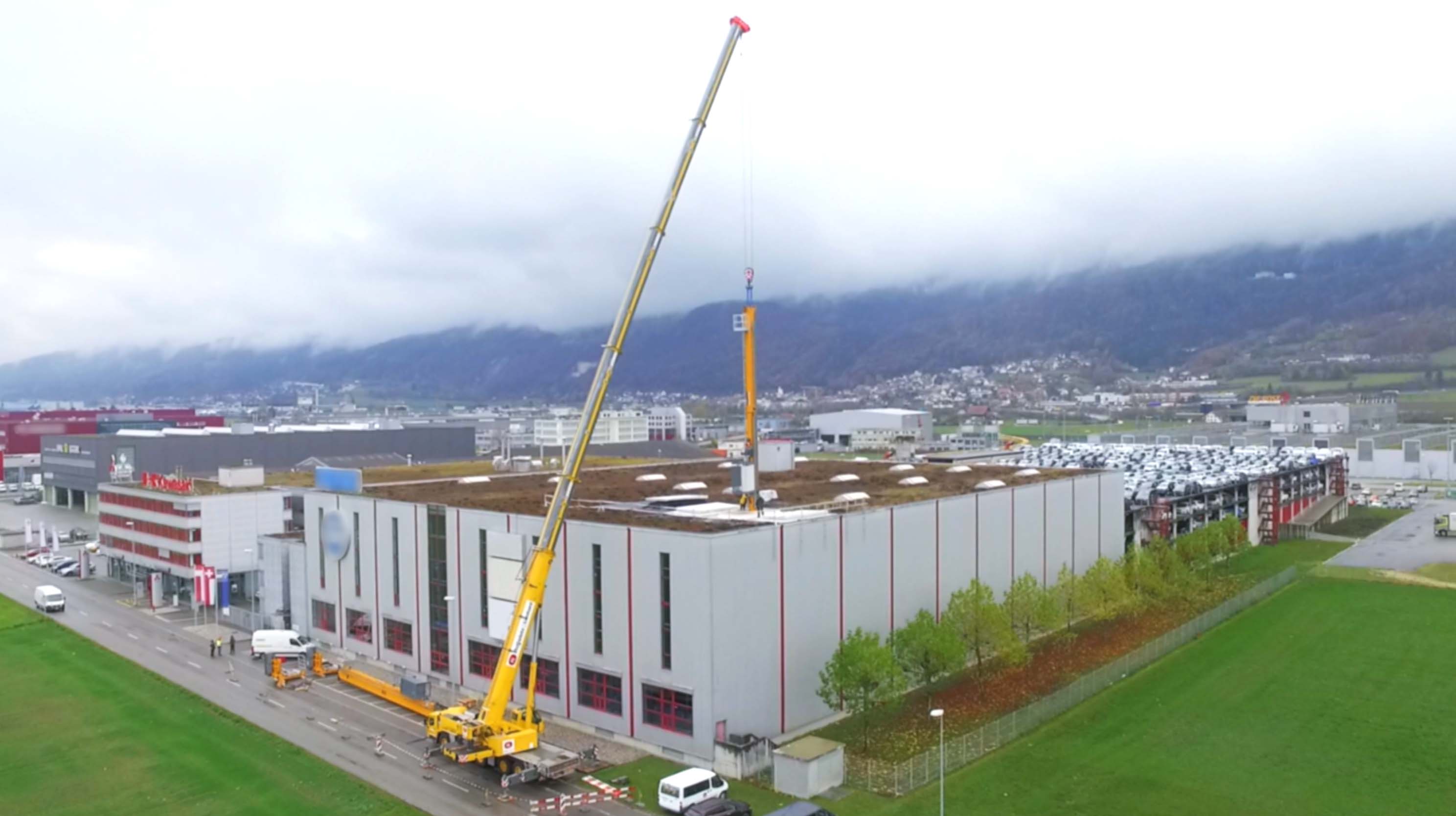 Through the late-1970’s and into the 1980’s, a large number of systems were installed throughout North America. These early systems were designed with an emphasis on providing increased reserve-stock inventory at the manufacturer level. The systems were not designed for fast performance and high inventory turns. The primary business driver was providing stock on-hand near point of production, while minimizing warehousing space and maximizing space available for production, especially at locations where land for plant expansion was limited.

In the 1970’s and 80’s demand planning was in its infancy, sophisticated ERP systems and flexible manufacturing weren’t yet buzzwords, and inventory on-hand is what fed the manufacturing machine and kept orders rolling out the door. This period was the heyday for pallet ASRS in North America. As a testament to their durability, many of those systems are still in use today --- companies reliant on systems and machines designed, built, and installed four decades ago!

In the 1990’s “inventory” was a bad-word and “just-in-time” was the new business mantra. With reduced stock on-hand, there was a drive toward increased system performance. At the same time businesses were working to reduce inventory on-hand, the world began shifting to production based in Mexico, China, Eastern Europe and other lower-cost countries around the world. Just-in-time supply chain planning became the norm, with safety stock measured in days, not weeks or months. Supply chain flexibility was a valued attribute and large warehouses to store inventory did not fit the business attitude of the day.

Automated storage and retrieval systems in the 1990’s adapted to meet the needs of the new business environment. There was a rapid focus on increasing system performance, allowing higher levels of inventory turns and faster order fulfillment. Promotional literature of the day nearly always touted crane speed as a key product attribute. If your crane didn’t boast speeds of 900 ft/min, you weren’t a real player. Never mind that at those speeds the cranes were hard to control and to regain system reliability the equipment was inevitably slowed down. Cranes of this era are often plagued with structural issues (mast cracking, wheel and rail wear, etc.). The rush to increase performance often outstripped engineering budgets, abilities, and tools available at the time.

The systems of the 1990’s and early 2000’s were smaller in size (number of load units stored), but were often high-performance systems deeply integrated into users production and/or order fulfillment operations. This is both the advantage and Achilles heel of the technology. System reliability and availability was critical --- systems down for service often meant that entire production lines came down with them. If you want a technology to get a bad rap, just take down production! From the 1970’s through the late 1990’s, most systems were installed at the manufacturer-level, including a large install base in food, automotive, manufacturing, chemical, and pharmaceutical industries.

Fast forward to 2010’s and today, and new industry verticals are adopting ASRS technology for both old and new reasons. The cold storage industry has rapidly embraced the technology. Finding people willing to work in a cold storage warehouse has become increasingly difficult (and expensive). Robotic machines that don’t mind the cold are a compelling business case when the alternative is lack of workers at nearly any price. Energy savings is the cherry on top. Ever present is the need to hold inventory (small as it may be) close to the manufacturer, whilst preserving all available space for production expansion.

Grocery distribution has been an aggressive adopter of the technology over the last 10-15 years. The margins are famously tight in the grocery business and automation provides an avenue to squeeze the last few points of cost out of the equation, especially in chilled and frozen applications. The next decade or two is sure to see a resurgence in building supply chain resilience (a.k.a. more inventory) and reshoring manufacturing to be closer to the end consumer. Both factors that point toward increasing adoption of automated storage and retrieval systems.

Operators of automated storage and retrieval systems from the 1970’s through early 2000’s are ready for upgrades. New machinery that increases reliability and serviceability. Replacing old machinery means designing new machines to fit the engineered designs from years ago. In the automated warehousing industry, DAMBACH Lagersysteme is the expert at designing new cranes to fit old rack systems, including removal of old equipment and install of new equipment in live/running production environments.

There are several challenges that make replacement of these old machines difficult: One, new crane models must be designed to fit the racking systems of 20, 30, 40+ years ago – including first load level, top-load level, aisle widths, top-guide-rails, and clearances. Modifying old rack structures (especially rack-supported-buildings) ranges from cost-prohibitive to impossible. Most new crane manufacturers are focused on building standard models for new systems. There are only a handful of crane manufacturers with the engineering ability and manufacturing capability to build drop-in replacement cranes. In the case of specialty aisle-changing cranes, the vendor list worldwide only has a single name on it: DAMBACH Lagersysteme.

Two, many cranes were installed as part of new building construction years ago. Now old equipment must be removed from existing buildings and new equipment installed. DAMBACH has removed and installed cranes using in-rack winch-systems with new cranes built with custom-length mast sections to keep lift weights in a reasonable range. Often adding to the challenge is that over the years, buildings have been expanded and changed, land-locking equipment with surrounding structures. DAMBACH has replaced cranes using helicopters to lift old cranes out and put new cranes in.

Three, these systems are mission critical for nearly every company that uses them. Projects are always split into phases where cranes are removed and installed one at a time. This adds an extra challenge scheduling crews and managing installations, especially when parts of the installation are weather dependent and managing shifting schedules on installation of 400 to 500 cranes per year around the world. It won’t be easy, but it’s not our first rodeo.

If you are an industry old-timer and have some tidbits of knowledge to share about history, I'd be happy to update this article with any clarifications to improve historical accuracy.

If you’ve got an old crane system that needs replacement, give me a call and we'll talk through the options!

DAMBACH Lagersysteme has been producing stacker cranes in Germany since 1974. DAMBACH provides a complete range of cranes from small and light capacities up to heavy and large and everything in between. Cranes are available fixed-aisle, aisle-changing, and multiple cranes per aisle. There are thousands of cranes in operation worldwide in a variety of industries and industrial conditions.

Conveniently receive all the latest news, videos and information.